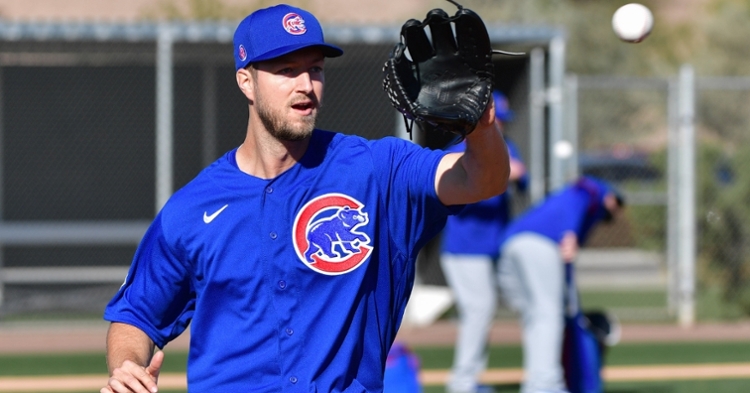 This was a courtesy move by the organization as Rea got a better opportunity and financial package overseas in Japan.

Rea had a 1-1 record with a 5.79 ERA and 1.21 WHIP in nine appearances this past season. He also had a 16.9 percent strikeout rate and a sparkling 3.2 percent walk rate. In total, he started two games as most of his work was as a reliever.

He was a depth piece for the starting unit and long bullpen member, but obviously, it was best for both parties to give him a chance elsewhere if the Cubs didn't see him as a legitimate fifth starter at some point in the rotation.

Good luck to Rea on his upcoming change of plans to Japan's Nippon Pro Baseball league.

His release means there are currently 36 players on the Cubs' 40-man roster.

Now the Cubs can move forward and possibly use that money towards Jon Lester or any other low-cost starter available right now on the free agent market.

The Cubs projected rotation appears at this moment to look like Kyle Hendricks, Zach Davies, Adbert Alzolay, and Alec Mills.

Cubs’ transactions page reveals that RHP Colin Rea was released Monday. That’s a blow to the team’s rotation depth. Cubs wanted to keep the pitcher, but he was released in order to pursue an opportunity in Japan. pic.twitter.com/Qwarad3DIu