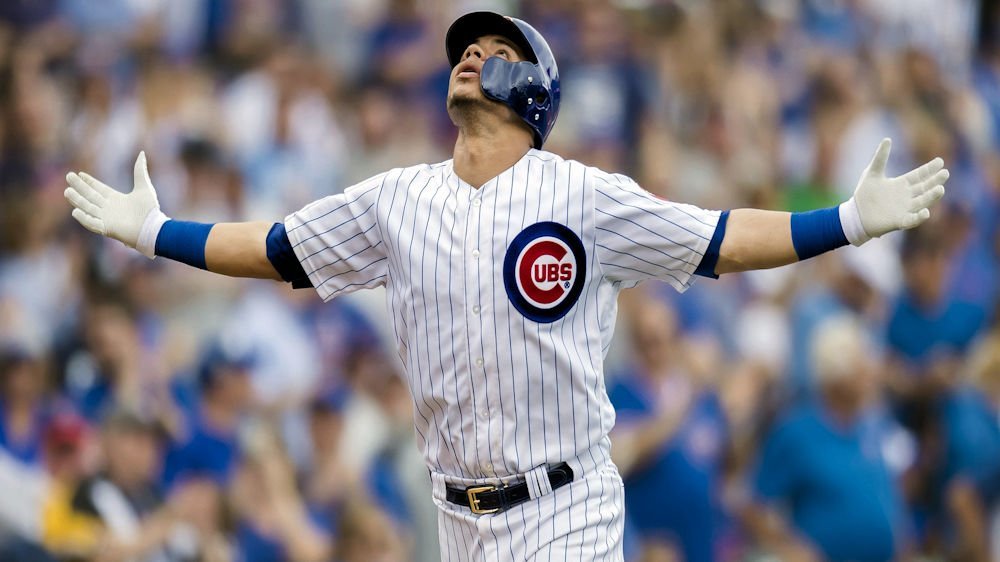 With the 2018 season over, I think it’s safe to say that most of us at CubsHQ had some differences of opinion, with regard to how the various Cubs’ players performed this year.

In Part 1, we covered the grades for the Cubs’ starting rotation and the bullpen, now it’s the position players’ turns. For the most part, we concurred with each other on pitching, but how long can that last?

Take a look at what we thought, then share your opinions with us on our Facebook and Twitter pages. We hope you enjoy this group effort, and on behalf of all of us at CubsHQ, thanks as always for your continued support.

Ken's Grade: C -- Suitable backup for Contreras and Rizzo, but has a long way to go. Decent for a rookie season.

Dan's Grade: C -- Just too weak at the plate to play more.

Tony's Grade: C -- He did OK but needed to help out the struggling offense and didn't.

Ken's Grade: B+ -- Laser arm, but much improvement needed with pitch framing, and a prolonged batting slump didn't help.

Scott's Grade: A -- LOTS of time handling bad pitches. His bat was hot/cold, but he had to handle a lot of crap from the mound.

Dan's Grade: B -- Still needs to control his emotions.

Tony's Grade: C -- Major regression at the plate this season.

Ken's Grade: A+ -- An offensive and defensive maniac, Baez brings the atmosphere to the game.

Dan's Grade: B+ -- break out year for him but still can improve

Tony's Grade: A -- El Mago had a sensational year and probably will win an MVP one year.

Ken's Grade: A -- Cubs Rookie of the Year. Defense is phenomenal and while the bat cooled off, he remained a clutch hitter.

Scott's Grade: B -- Love him, want him on the roster. His bat went cold, which was a shame.

Dan's Grade: B -- Made himself invaluable going forward.

Tony's Grade: B -- Had some of the best moments of the season with his walk-off dingers.

Ken's Grade: B -- I really expected more from KB this year, both in the field and with a bat.

Scott's Grade: A- -- Shares this with Jim DeShais for the HR call.

Tony's Grade: C -- Just was a tough season with injuries. Needs to bounce back for a huge 2019 season.

Ken's Grade: A- -- MLB leader in pinch hits, La Stella is only hindered by limited appearances in the lineup.

Scott's Grade: B -- Good DH/PH, not the best on defense. His batting stance is cool.

Ken's Grade: A -- The epitome of "Walk softly and carry a big stick," Rizzo was both relatively quiet and deadly.

Scott's Grade: B -- I expected more down the stretch from Riz. A lot more.

Tony's Grade: B -- Rizzo had a horrid start to the season but finished with a typical Rizzo season.

Ken's Grade: D- -- The only saving grace was his defense, and even that became questionable. Character flaws alone cost him at least one grade.

Tony's Grade: F -- It was a horrible year when much was expected from the young shortstop.

Scott's Grade: A+ -- Solid as a rock. Great bat, solid Defense. Hope the Cubs give him a Ross deal when he hangs up the cleats.

Dan's Grade: A -- Comeback of the year winner.

Tony's Grade: A -- Zobrist appears to be like a fine wine that just gets better with age.

Ken's Grade: A -- As with many, hurt by limited playing time. A defensive showman.

Scott's Grade: A -- Should have seen the field a LOT more often. I think Maddon blew this one in September.

Tony's Grade: A -- Great defense and energy when he got to play.

Ken's Grade: C- -- Strikeout rate of better than 36% this year, and average defense at best.

Dan's Grade: D -- Proved he is not who we thought.

Tony's Grade: D -- Happ hit some homers but he struck out a ton.

Ken's Grade: B -- Another slumping batter, but solid defensive and a great presence in the clubhouse and on the field. Intangibles count.

Scott's Grade: A -- Heyward has so many intangibles, and that Gold Glove arm of his. Underrated by too many.

Dan's Grade: B -- Another comeback candidate.

Tony's Grade: C -- He did better offensively than last season but still below average hitter for a right fielder.

Ken's Grade: B+ -- Great defense, but a rough season offensively.

Tony's Grade: C -- Like Happ, he hit a bunch of solo homers but struck out a ton.

Well, there you have it, our honest thoughts and grades as to how the Cubs’ performed, individually, in 2018.

It was fun for the four of us to sit down and do something collectively, as we’d never tried doing that before; we hope you’ve enjoyed it. Have an idea for a future story? Email them to webmaster@CubsHQ.com.

Check out all of the CubsHQ grades below for the 2018 season: